Madonna to perform on X Factor?

Queen of pop Madonna could be performing on the first live X Factor show next month, according to new reports. 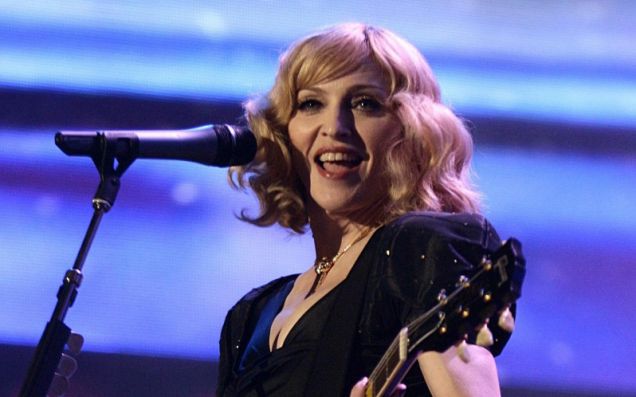 X Factor sources say that Madge could be performing on the show's first live broadcast on October 9.

Madge, who has had to put up with her songs being butchered by some contestants for a number of years, could now be showing them how it's really done.

The show is already renowned for drawing in some of the biggest names in the music business, with past performers including Beyonce, who dueted with 2008 winner Alexandra Burke on the programme.

A source told the Daily Mirror that Madge has verbally agreed to appear on the show, saying: 'Madonna would be perfect to kick-off the last stage of the competition.'

If Madge does appear on the X Factor, she could get a case of déjà vu if hopeful Katie Waissel, whose blonde mop and quirky style are reminiscent of the pop star's look in the 1980s, makes it through to the live round.

The news comes shortly after an X Factor insider revealed that Robbie Williams and Gary Barlow could be performing on both Strictly Come Dancing and X Factor this year.

The duo will reportedly sing their song Shame on Strictly, before switching to ITV to perform with the rest of Take That on The X Factor.