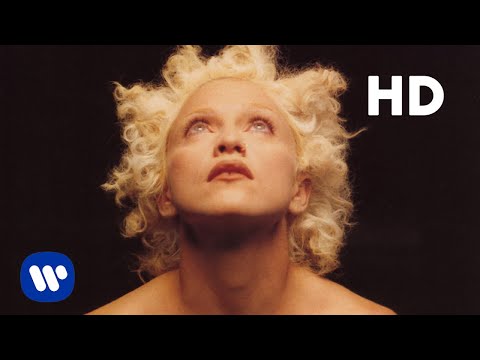 The album began as a collaboration with Shep Pettibone, and was to have been stylistically similar to Erotica. However, due to Madonna's wish to soften her public image, as well as her admiration for Joi's Pendulum Vibe album (which contained tracks produced by Dallas Austin), she decided to change to a more R&B sound. She did thank Pettibone in the album sleeve notes for accepting her decision to change the album's direction. This would be the last time she would collaborate with Pettibone. While the album is intended to be stylistically more mainstream than its predecessor, and less controversial in terms of its lyrical content, it includes perhaps some of Madonna's most confrontational work. The song "Human Nature" appears to be a scathing commentary directed towards the media for its treatment of her during the Erotica and Sex book controversies with lyrics like, "Did I say something wrong? Oops, I didn't know I couldn't talk about sex". Indeed, though Madonna sought to restore her image through the album, she has also stated that this period of her life was designed as a "vengeance period" for all the people (in particular the media) who were trying to invade in her private life, and that once it was all out in the open, she hoped that they would stop and focus on her music. The album itself is unique in Madonna's long career as it has marked one of the very few occasions where she has collaborated with well-known, established producers (the other exceptions being Nile Rodgers on Like a Virgin and David Foster on Something to Remember). Stylistically, the album harkens back to Madonna's roots as an R&B singer and her choice of producers reflected this: Dallas Austin, who was well-known at the time for his work with TLC; Babyface, who had worked with many of Madonna's own contemporaries, including Whitney Houston and Toni Braxton; Dave Hall, who had also produced Carey; and Nellee Hooper, who had produced Soul II Soul. Björk co-wrote the title track. Out of all her albums, this has become the least represented on her tours and live shows, however she did include "Secret" and "Human Nature" on the setlist of her 2001 Drowned World Tour and a remix version of "Bedtime Story" on her 2004 Re-Invention Tour.

Despite the large success of lead single, "Secret," at radio, Bedtime Stories got off to a mild start. It debuted at number three on the U.S. Billboard 200, with 145,000 units shifted its first week. Soon after, the album began to lose steam and descend the charts. It wasn't until the release of the second single, "Take a Bow," that the album picked up pace and made a noticeable rebound. The album was eventually certified triple platinum in the United States, shifting over ten million copies worldwide to date, and nominated for a Grammy. In the UK, reaction was pretty similar. It debuted at #2, being the best chart entry of the week, knocked-off the top spot by Bon Jovi's Cross Road: Greatest Hits'.