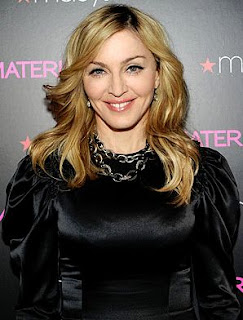 Madonna has been embroiled in a police investigation after a suspected thief plunged 30 metres from an apartment block and landed by the back door of the star's London home on Friday afternoon.

Her Marylebone property was surrounded by cops after a man being chased by officials attempted to climb out of a window in the block next to Madonna's property.

He fell into a communal parking area just a few feet from the star's door and was admitted to a central London hospital, where he is said to be in a critical condition.

Metropolitan Police officers have referred the case to officials at the Independent Police Complaints Commission (IPCC), who will allegedly review footage from Madonna’s CCTV cameras, which are thought to have captured the horror on film, according to Britain's Mail on Sunday.


Madonna's head of security tells the publication, "We have given the police everything they need. I can't say if it was CCTV film. I also can't say if Madonna was here at the time of the accident."

The singer was in the U.K. capital on Thursday and was seen partying at Aura nightclub with her new boyfriend Brahim Zaibat, before leaving the venue in the early hours of Friday morning.