The Canadian owner of the Material Girls personal care product brand (above) has sued in Minnesota to block pop star Madonna from releasing a fragrance under her Material Girl line. 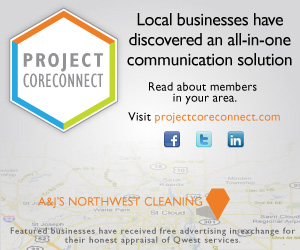 Madonna may have to defend her Material Girl brand in Minnesota.

A new lawsuit filed against the pop superstar, less commonly known as Madonna Louise Veronica Ciccone, this week says the original Material Girl can't use that name for her products.

Madonna and her daughter Lourdes introduced a juniors clothing line at Macy's in August, and were quickly sued by a California clothing company over the name.

Now a Canadian company says its brand rights would be infringed by the release of a Madonna fragrance next year, according to court documents filed in Minneapolis' U.S. District Court.

In its lawsuit, Ontario-based Rwachsberg Holdings Inc. says it sells personal care products under its Material Girls brand, just one letter off from the Material Girl clothing line that Madonna is selling through Macy's.

Rwachsberg calls itself a leading developer of high quality private label personal care and household products sold at Target, Walmart and CVS stores since at least 1992. In Nov. 2005, Rwachsberg started marketing products under Material Girls brand, which was approved for trademark protection in June, the suit says.

A search of Target.com did not turn up the brand, and the Minneapolis-based discount retailer did not immediately return a message seeking comment.

The suit says Madonna intends to release a Material Girl fragrance in early 2011 as well as other personal care products that would infringe on Rwachsberg's mark.

She has not yet responded to the suit, which was filed by Minneapolis-based law firm Winthrop & Weinstine attorneys Peter Gleekel and Stephen Baird.