Jump to content
madonnalicious reader John had the opportunity to watch Madonna at work directing W.E. in New York City last month. Here is his story and the first part of his pictures:

I wanted to share with readers of Madonnalicious, my Madonna moment in NY.
I was travelling in the U.S and happened to be in NY at the same time that Madonna was. At the time I knew about her upcoming Macy's appearance and was sorry that she was going to be there....when I would be in L.A sadly leaving the day earlier.
So I made it my mission after a few failed attempts of going to Sotheby's and cold leads on Twitter, I finally managed to get assistance from someone at on location tours who said she would filming the last day of W.E in the park.
Seeing Madonna twice in concert over the years and having a major obsession with her since 1984, I wasn't going to let this opportunity go by, so got to Central Park early watched the film crews set up and get ready for an obvious film scene. So I knew she would have to be where the action was at....so waited!
Then a few hours later....Madonna arrives on set with Paparazzi and a few devoted fans (me being one of them) I must say not a huge crowd I think because it was secluded in the park and word didn't get around....good for me.
So as you can see from the photo's she was in 4 feet of me at times. I had to stop clicking photos sometimes and take it in with my own eyes that she was really there, not performing, not on tv, but wearing the different hat of directing without make up and designer clothes looking natural and stunning at 52!
So I must say it was a huge highlight for me to spend 4 and a half hours watching her do her thing and also see how a movie is made too which was cool.
When she was leaving with her bodyguards after filming all day, I said 'Love your work Madonna' and she says 'Yeah!' 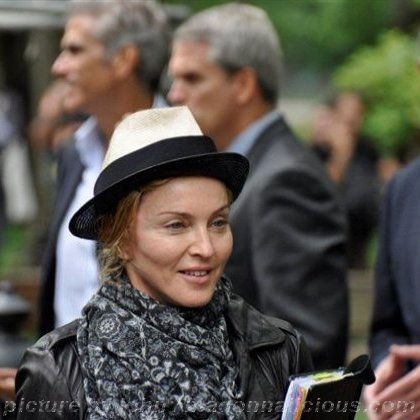 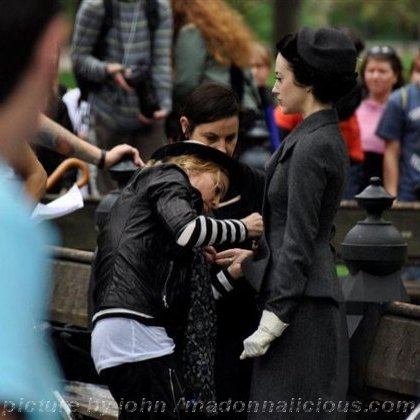 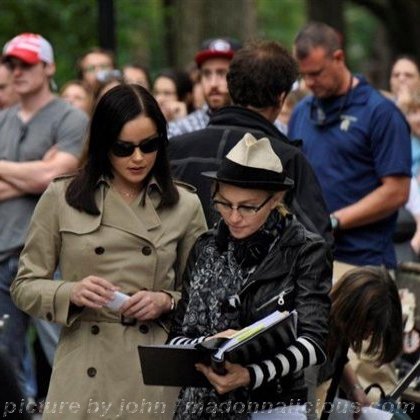 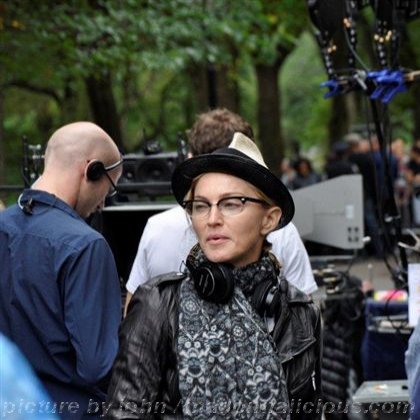