Last week I attended a 25th Anniversary Screening of Desperately Seeking Susan at the Walter Reade Theater at Lincoln Center.
There was a panel discussion afterwards with a short Q & A. The attendees included Susan Seidelman, Rosanna Arquette, Aidan Quinn, Mark Blum and some producers. There were also some of the minor characters in the audience like the Love Saves the Day clerk, Chrystal (Madonna's friend), Ian the magician and the bellhop from Atlantic City.
The highlight for me was hearing bits about Madonna. Mark Blum remarked about how during his screen test with her (they did the scene from Danceteria) she started licking and kissing his face. Susan Seidelman said to Mark after this: 'Madonna likes you!'
Also, Rosanna said she became close with Madonna during filming, even though they only had one scene together, and Madonna would come to her hotel room at 3:00am to visit. The first time Rosanna saw Madonna was in the Lucky Star video and she wondered 'who is this girl?'
Also the first time Mark Blum saw Madonna he thought she was a bike messenger because she was wearing biker shorts and had a bandana in her hair!
One interesting fact was the studio didn't want Madonna for the role, instead they wanted Ellen Barkin. 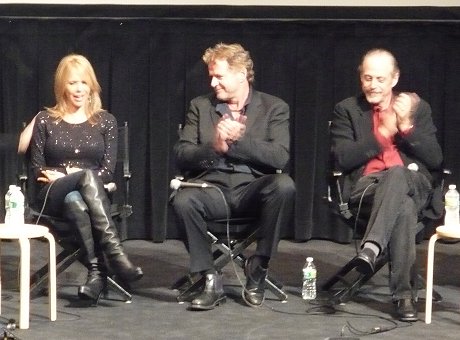 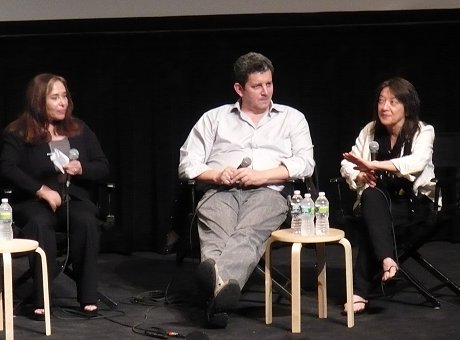