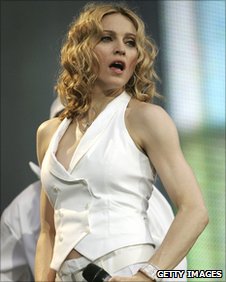 Members of the London Welsh Centre have rushed for the chance to be cast as extras in a film directed by Madonna.

W.E., explores two parallel love stories, including that of Edward VIII and the American divorcee for whom he abdicated in 1936, Wallis Simpson.

It is understood one scene features Edward's shock at living conditions in Welsh mining villages.

The movie, co-written by Madonna, will be her first full-length feature as director.

Shooting for W.E. - which started this week - takes place in the UK, France and the US

The opportunity to appear in a Madonna film attracted plenty of interest from London Welsh Centre members.

A spokesperson for the centre, which was contacted by a casting agency, said: "I've had about 15 phone calls this morning, and yesterday was bedlam because everybody wants to be in a film with Madonna."

The centre said Welsh-speakers were needed as extras to create scenes based on Edward's visits to the south Wales valleys in the 1930s. 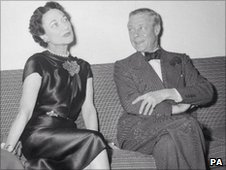 Edward could not marry a divorcee so abdicated in 1936

Edward toured Welsh mining communities during his reign, and is said to have been sympathetic to the miners and their families, exclaiming: "Something must be done".

This was said to have caused unease in government circles with his comments interpreted as interference in political matters.

Edward is the only British sovereign to abdicate voluntarily, when he stepped down to marry Simpson.

This was because as king and supreme governor of the Church of England, he could not marry a divorcee.

It caused a personal and political storm which caused a crisis in the monarchy.

However, the relationship of Edward and Simpson is only part of the film's plot.

W.E. features a modern-day parallel story in which Australian actress Abbie Cornish plays a New Yorker who becomes obsessed with Edward's decision to abdicate for his lover.

British star James D'Arcy, who starred opposite Billie Piper in Secret Diary of a Call Girl, has been cast as Edward VIII.