Lady Gaga does a Madonna after collecting seven music gongs

Lady Gaga was awarded with seven Echo music awards in Berlin but she looked more like she was taking part in a wacky Madonna lookalike contest.

The Poker Face singer attended the Platinum Award Ceremony in Germany where she was given seven music gongs – so many she could barely carry just two of them. 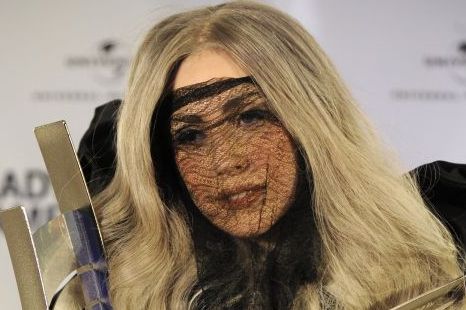 Lady Gaga collected an armful of trophies in Germany

Later that day she then performed a concert for her fans looking eerily like reigning pop Queen Madonna.

Donning a yellow-blonde cropped curly do with a corset-style dress, she could have been Madge wearing that cone bra performing her famous Like A Virgin routine. 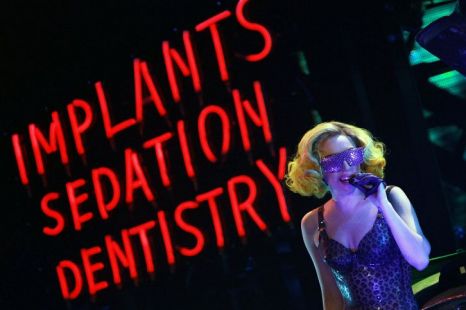 However, it was the after party that got gossips talking as she was spotted with her former boyfriend Matthew Williams suggesting they are back together.

The pair have been on/off for the last year but they were closer than ever after Gaga had performed her gig.